Skip to main content
You have permission to edit this article.
Edit
Home
News
Lifestyle
Sports
A & E
Opinion
In The Quad
Contact
Archives
1 of 8 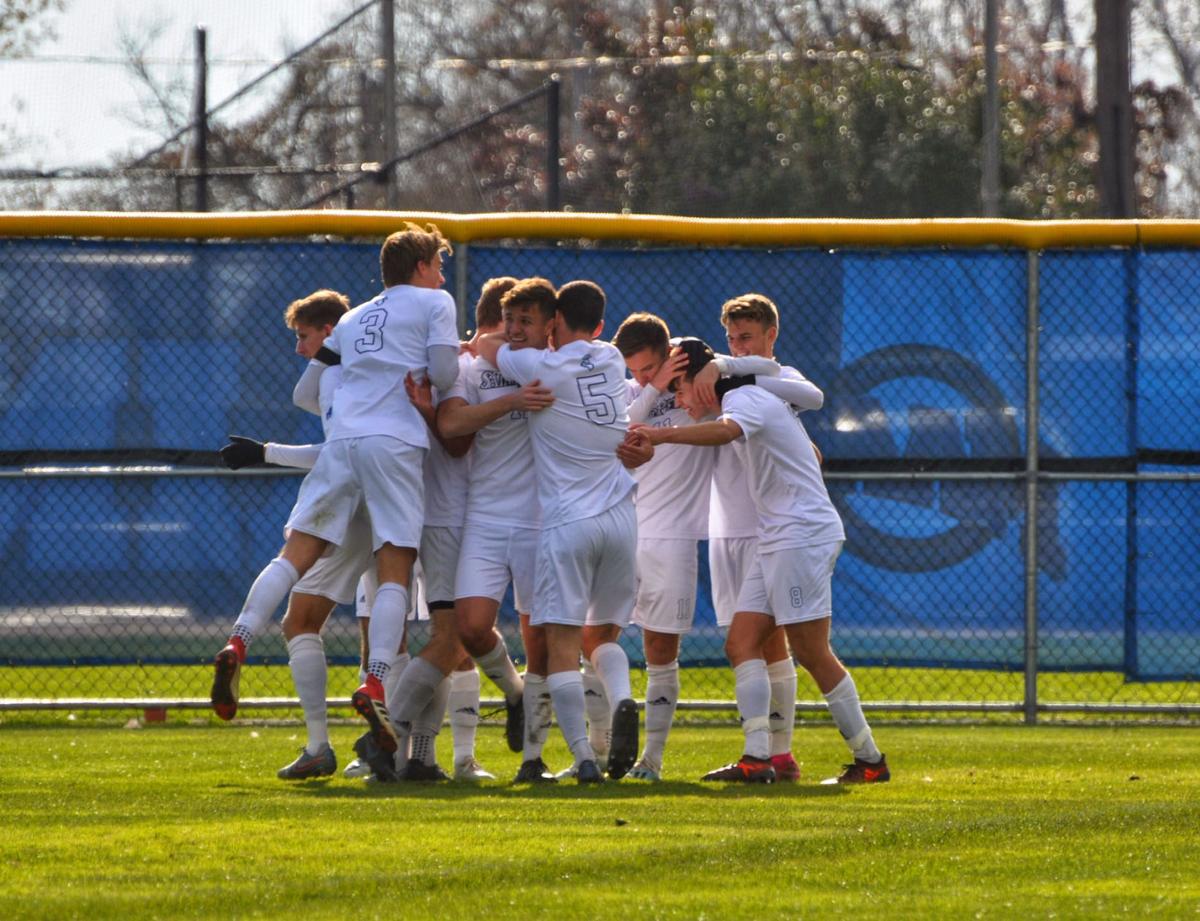 Peacocks celebrate as sophomore forward Jamie Davis scores the first goal of the game right before the 10th minute. 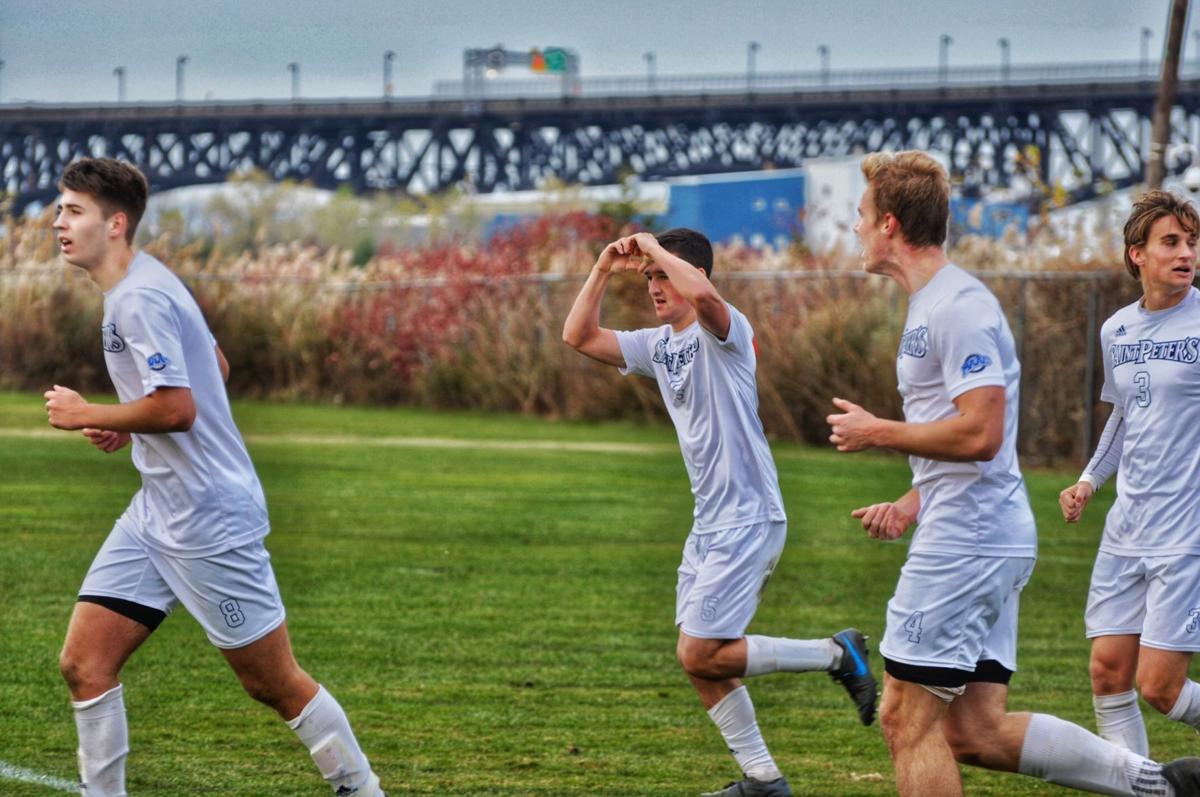 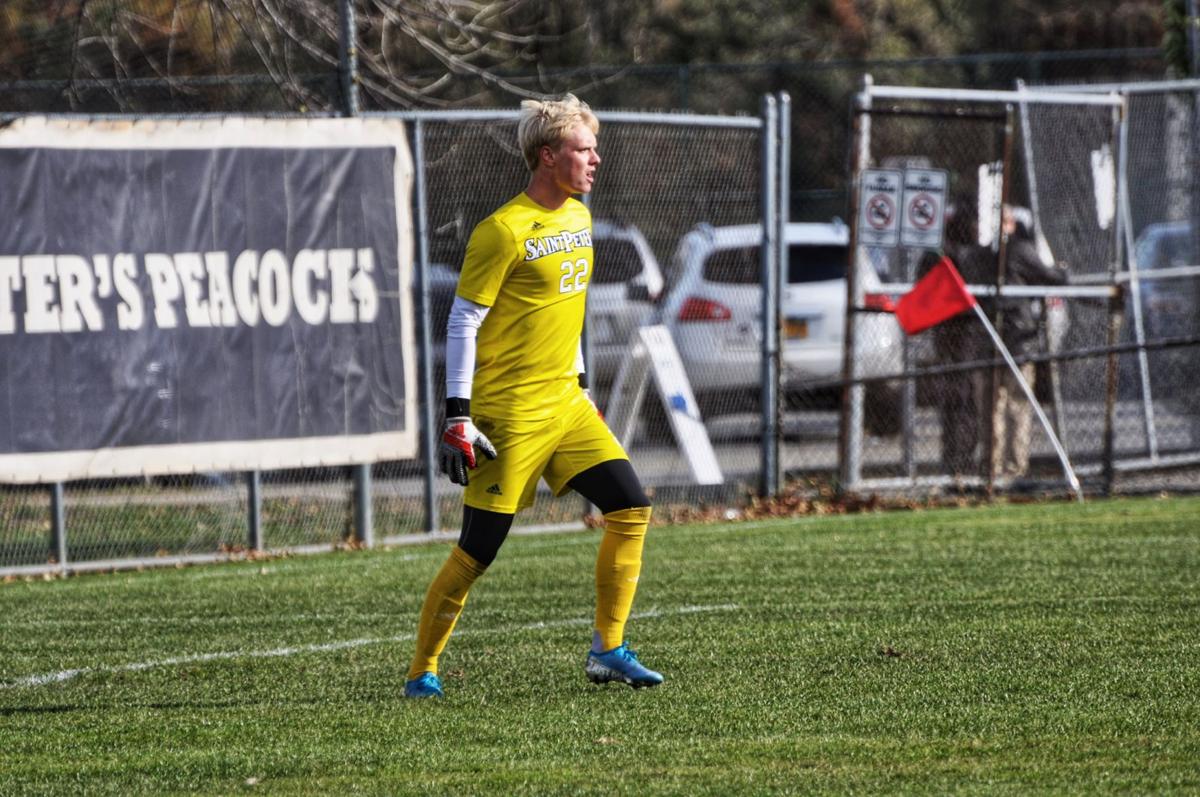 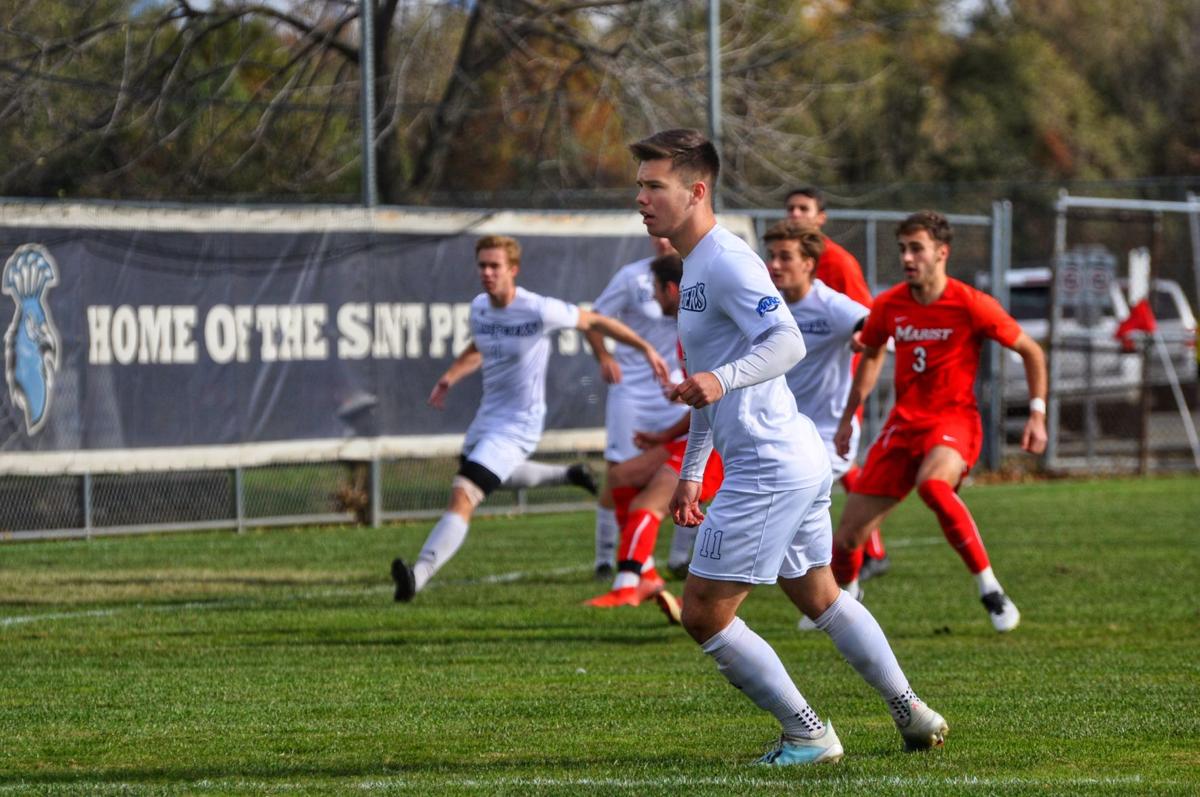 Laws was named MAAC Offensive Player of the Year. Coach Richens says, “he’s one of the main reasons why we are here.” 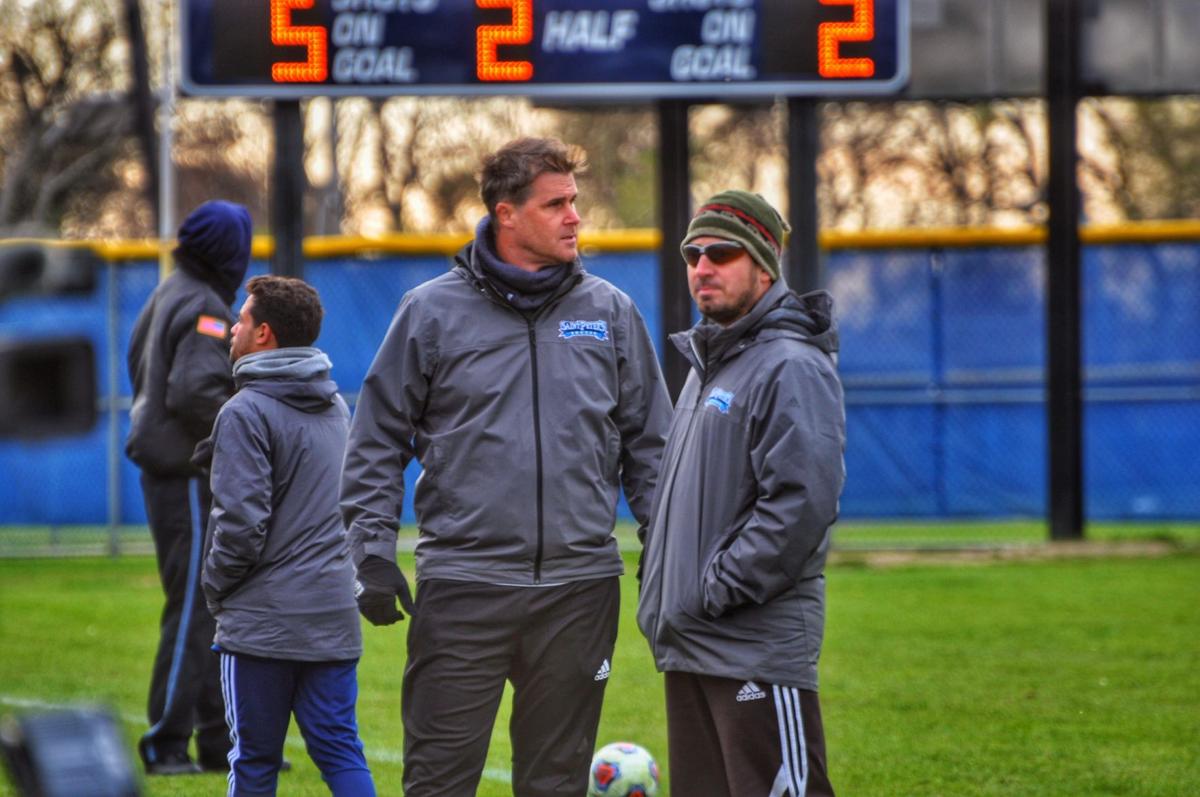 Head coach Julian Richens earned his first MAAC Coach of the Year after a unanimous vote. 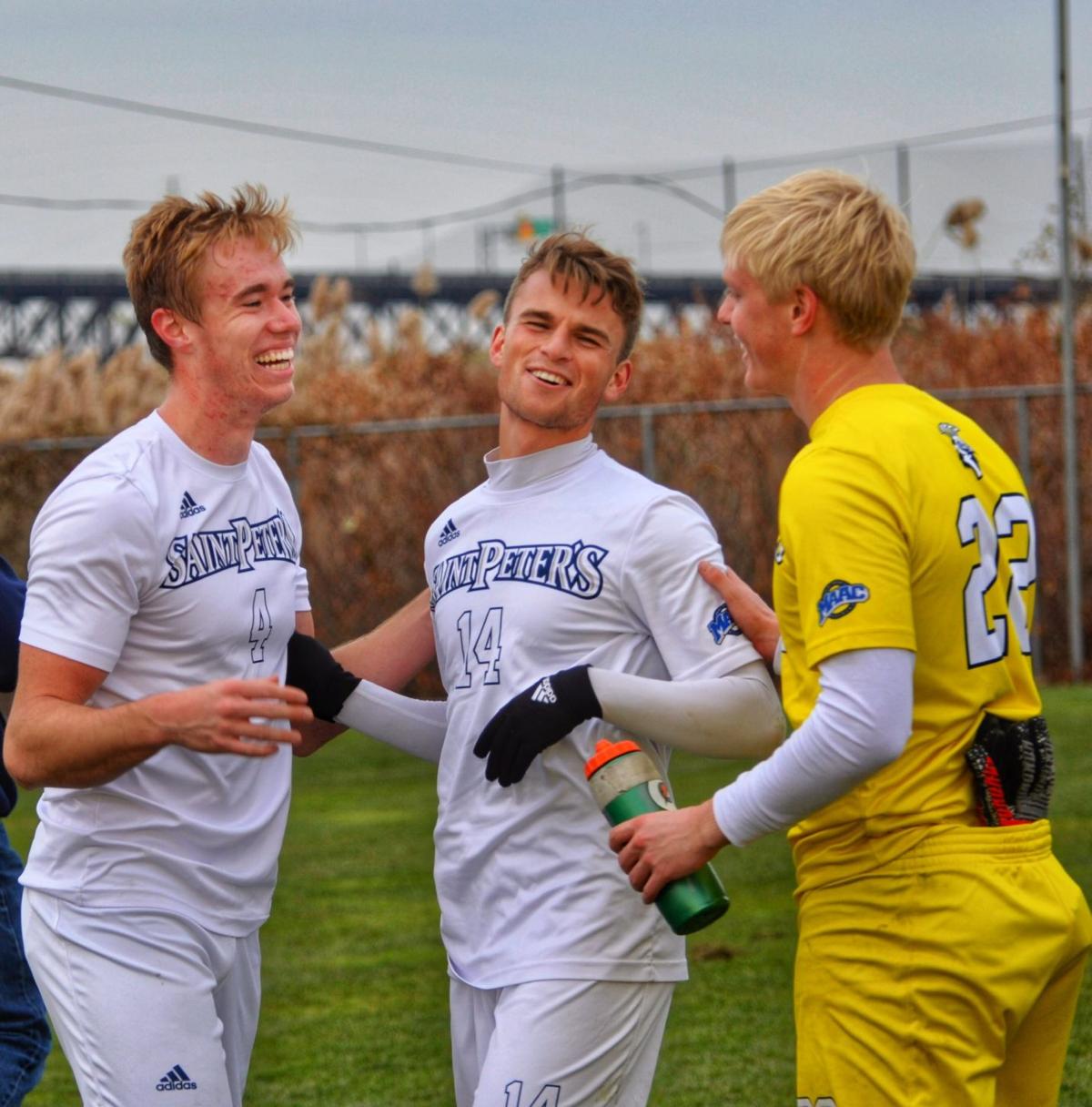 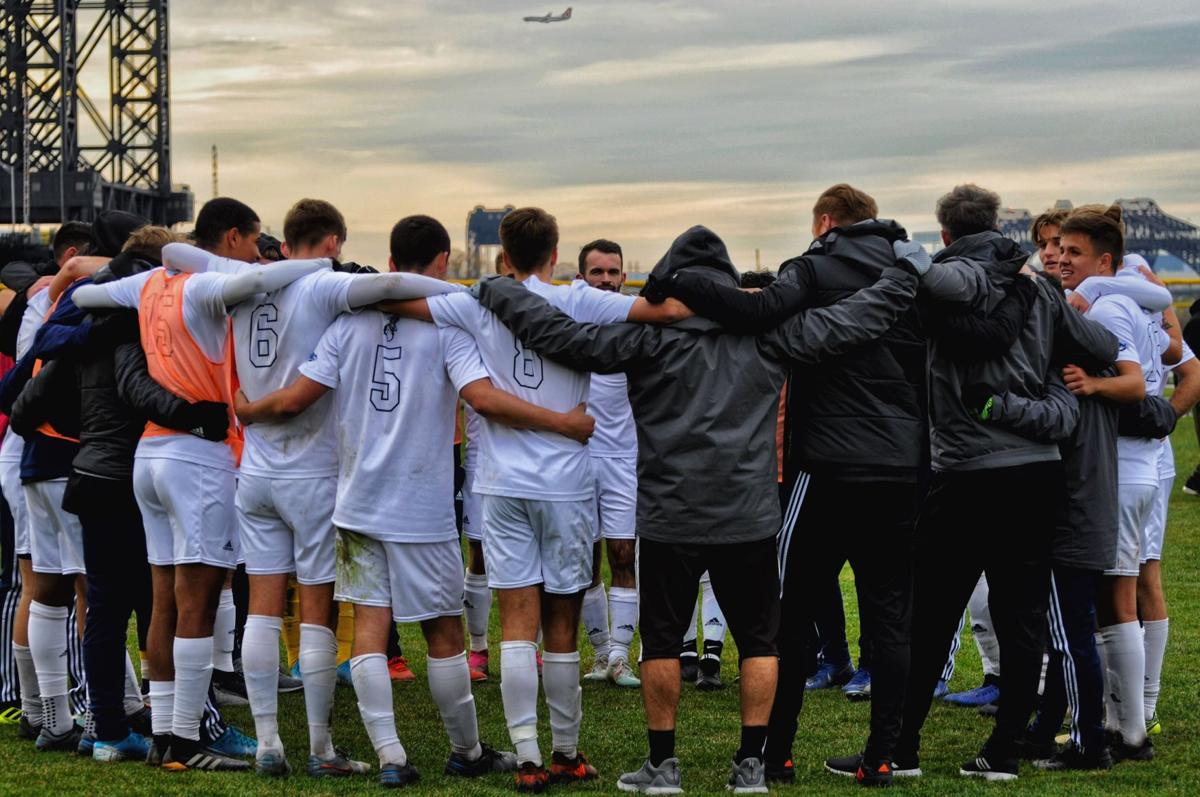 “We’ve been excited all year,” said Climpson.”We are proud of the whole team.” 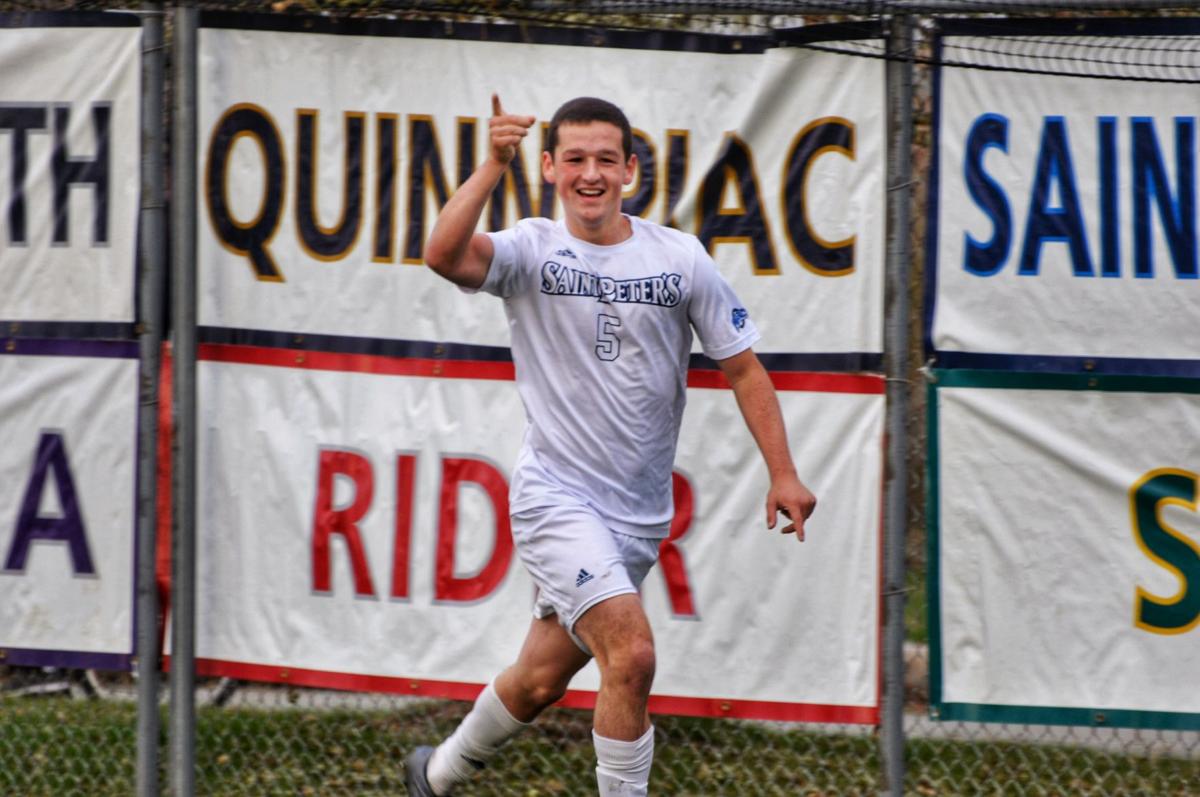 Climpson scores the Peacock's second goal bringing them 2-2 during the second half.

Peacocks celebrate as sophomore forward Jamie Davis scores the first goal of the game right before the 10th minute.

Laws was named MAAC Offensive Player of the Year. Coach Richens says, “he’s one of the main reasons why we are here.”

Head coach Julian Richens earned his first MAAC Coach of the Year after a unanimous vote.

“We’ve been excited all year,” said Climpson.”We are proud of the whole team.”

The Red Foxes are going home!

The No.1 Saint Peter’s Peacocks, the Metro Atlantic Athletic Conference regular season champions, were unstoppable Thursday afternoon as they faced No. 4 Marist in the 2019 MAAC semi-final match, winning 3-2.

The match marked their first postseason game hosted on the Jaroschak Field since 2014.

Fans cheered and hopped off the bleachers as Saint Peter’s forward Jamie Davis, assisted by sophomore forward Matt Hoyt, scored the first goal of the match less than 10 minutes into it.

But it wasn’t an easy game for the team. Marist held a higher unified possession of the ball, leaving the Peacocks running back and forth, unable to retain the ball for a long period of time.

Based on their quick passes, Marist midfielders Skylar Conway and Allen Gavilanes were the ones to watch. Just a little over a week ago, Conway recorded the most points for an individual player for the Red Foxes since 2016.

Scoring at the 17th minute, Marist’s freshman Antek Sienkiel shoved his way from midfield dodging the Peacock's defense, passing the ball to Gavilanes who was blocked by freshman goalkeeper, Herman Wulf, but Sienkiel quickly rebounded.

To add on to their worries, at the 58th minute, Peacock forward Dominic Laws, MAAC Offensive Player of the Year, went down after trying to score past Marist’s goalkeeper Sam Llin.

Losing “one of the heartbeats of the team,'' head coach Julian Richens, who was recently named MAAC Coach of the Year, seeked hope in the rest of the team to do what they’ve been doing all season long -- coming back and scoring late goals.

To his luck, the Peacocks did just that.

Freshman defender Tom Climpson, who helped block many Marist shot attempts, scored a goal of his own after an assist by senior defender Frederik Lindqvist. As hope was restored for the Peacocks, the crowd went wild including Hogan, a service dog, who ran into the field, proving that not even the cold weather could bring down their heat.

With just four minutes left in the match, unassisted midfielder Jordan Jowers made his way past Marist’s back line scoring the Peacock’s third and winning goal, avoiding overtime.

Saint Peter’s men’s soccer seem to be untouchable as they enter the MAAC Championships with nine MAAC postseason awards and the 2019 Regular Season title giving the team its best conference record in program history.

Walking away with his 11th win of the season, Wulff is grateful to have his team defend him and allow him to rank third in the league with a .773 save percentage.

“It feels great,” said Wulff. “The boys have helped me a lot with defending and it’s just a pleasure standing behind them doing my job.”

Climpson and Davis, who’s a sophomore, marked their first goal as a Peacock.

“We are proud of the whole team,” said Climpson. “We’ve been working really hard and I was ready to score.”

According to Richens, it’s uncertain if Laws will be able to play on Sunday’s match after suffering an injury in the second half, but he says, “if he can’t play Sunday, it’ll be somebody else’s opportunity to step up and make a difference.”

The Peacocks will host the 2019 MAAC Men’s Soccer Championship on Nov. 17 facing against No. 3 Iona at 1 p.m. at the Jaroschak Field. The Peacocks have yet to lose a match on home turf this season.