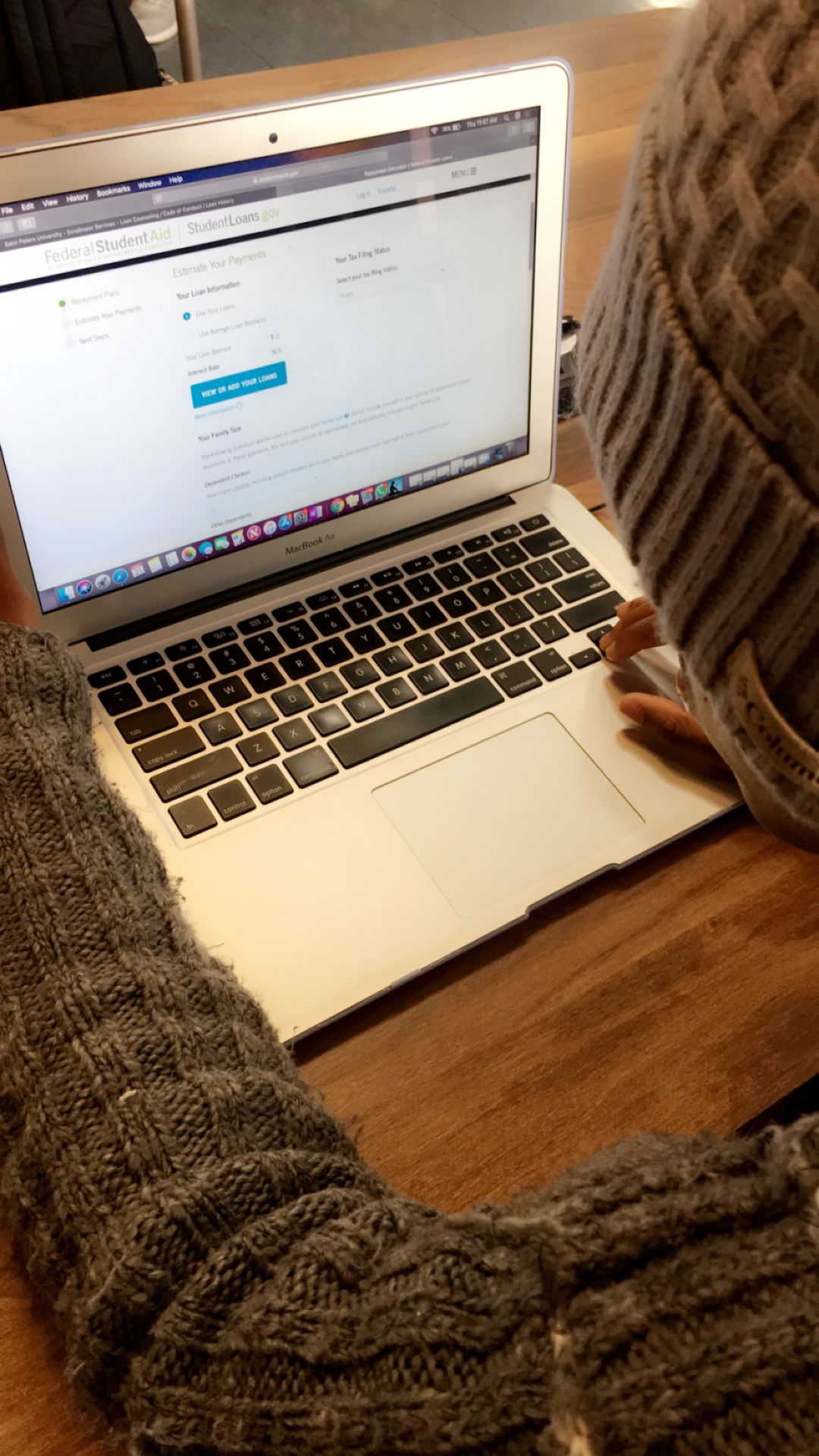 “Stephanie Reid is one of many students looking into how to start paying off a portion of her student loans before graduating.” 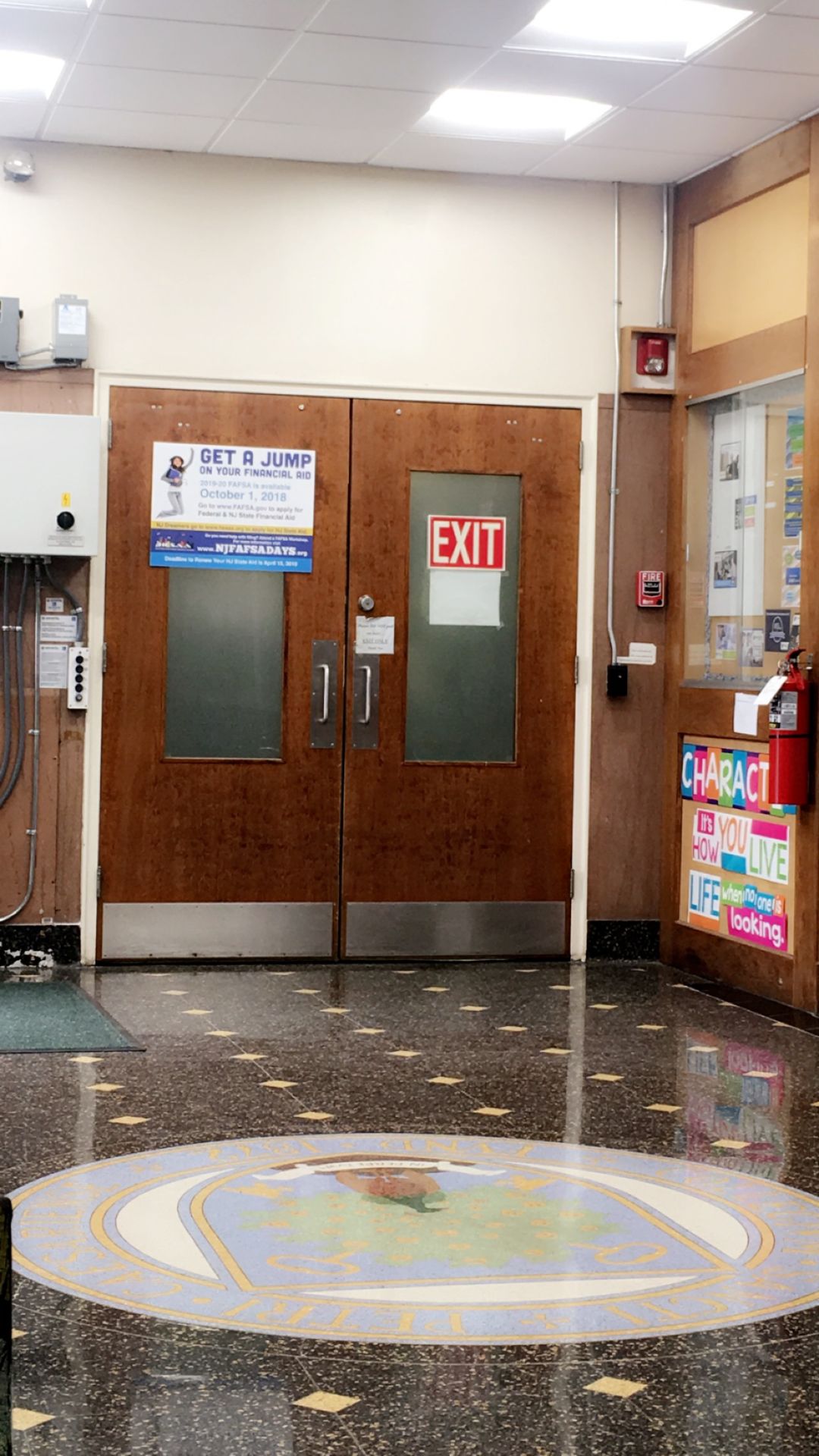 “The financial aid office is always available for students who have any questions regarding loans.”

“Stephanie Reid is one of many students looking into how to start paying off a portion of her student loans before graduating.”

“The financial aid office is always available for students who have any questions regarding loans.”

This spring many students will be taking a big step in their life; graduating college. For some, it is time to face one hard, cold truth -- it’s time to start paying off those loans!

Believe it or not, Student Loan Hero reports that, as of 2019, Americans have more student debts than ever. According to SLH, “Americans owe over $1.56 trillion in student loan debt, spread out among about 45 million borrowers. That’s about $521 billion more than the total U.S credit card debt.”

At Saint Peter’s University for the academic year of 2018-2019, tuition for an undergraduate student is $18,193 per semester and $36,386 per year, that goes without including, living on campus, transportation, meal plans and supplies. CollegeCalc.org rates SPU to be the 9th most expensive college in New Jersey.

Sociology student Stephanie Reid, 20,estimates that she will owe at least $20K by the time she graduates. Though most of her tuition is covered by financial aid, she had to take out loans since she is paying for her education on her own.

Reid says she knows she has the possibility to start paying off her loans while she attends college, but her work income doesn’t allow for that at the moment.

“I worry about this every single day but I try not to think about it,” said Reid.

Reid admitted she did not know which loans she had taken at first until she realized she had taken both subsidized and unsubsidized loans. Even if she wanted to take it back, it was too late.

Even though she appreciates financial aid counselors, she thinks they should explain more in depth what students are walking into when they take out loans.

“I wish that they would step-by-step explain to you what each loan meant and how much interest its gaining and how to keep track of it and budget what you're spending wisely, because I feel like a lot of kids just take out loans not caring about it saying that they have six months after graduation to think about it,” she said. “No! You have every day after you sign those documents to think about it because you still have to figure out how to pay it off.”

In response to this, financial aid counselor Pablo Orantes said that at some point the financial aid office offered programs for this purpose.

“We used to offer programs, especially to freshmen. There were programs where students were invited to what we call ‘Financial Aid Advisement ’ but we used to get like three or four students, we didn't get a heavy crowd. It was usually done in the lunch hour, and it was cut back because we didn't have enough students coming to these events,” he said.

Orantes explains that upon students receiving their financial aid package they go into detail about what each thing is. They also explain to the students that loans are money they do have to pay back.

However, he feels like sometimes it is hard for students to remember that information in one shot and sometimes they have to come back to get it explained a second time.

Overwhelming as it could be, no one is alone in this and that there are ways for students to prepare to start paying off these loans now or upon graduation. Orantes adds that students should look into their loan information sooner rather than later.

If students feel stuck, Orantes feels they should know there are ways to organize themselves and pay little by little.

“The other part that is very important to know is we all want to pay our loans right away but the most important thing is that any form of federal loans that you may borrow you are able to change your payment plans based on your income,” he said.

Bankrate.com offers a loan calculator that helps individuals calculate how much they should be paying a month depending on how much they owe, income, how long they wish to take paying off the loans and how much interest is applied.

“If you can get out of here having chopped a little bit of that money off, it helps once you leave,” said Orantes.

Like Reid, there are many students that may find themselves confused or frustrated with their loans and what comes after they graduate. Her advice to those students and upcoming college students is that they should visit the financial aid office and ask about their concerns.

“Talk to financial aid counselors, ask them a lot of questions, ask them questions that you know no one else will really ask them so they understand that you don't really want this over your head,” said Reid.